The band was officially formed by Josh Farro (lead guitar/backing vocals), Zac Farro (drums), Davis (bass guitar) and Williams (lead vocals) in 2004, with the later addition of Williams' neighbor Jason Bynum (rhythm guitar).
Paramore was originally supposed to release their music on Atlantic Records, but the label's marketing department decided it would be better for the image of the band to not have them attached to a major label. Instead, they released their music through the niche label Fueled by Ramen. It was decided that the rock label would make an ideal match for Paramore. In April 2005, after a smaller private performance at a warehouse, the band was signed to Atlantic Records and Fueled By Ramen.
The band's first song written together was "Conspiracy", which was later used on their debut album.

Paramore traveled back to Orlando, Florida, but shortly after arriving, Jeremy Davis left the band, citing personal reasons. The remaining four members of Paramore continued with the album, writing "All We Know" about his departure, and later deciding to base All We Know Is Falling around the concept. The album artwork also reflected Paramore's grief as Hayley Williams explains, "The couch on the cover of All We Know is Falling with no one there and the shadow walking away; it's all about Jeremy leaving us and us feeling like there's an empty space."
Before touring, the band added John Hembree (bass) to their lineup to replace Davis. During that summer, Paramore was featured on the Shira Girl stage of the 2005 Warped Tour. After being asked by the band, Jeremy Davis returned to Paramore after five months apart, replacing Hembree. All We Know Is Falling was released on July 24, 2005, and reached No. 30 on the Billboard's Heatseekers Chart. 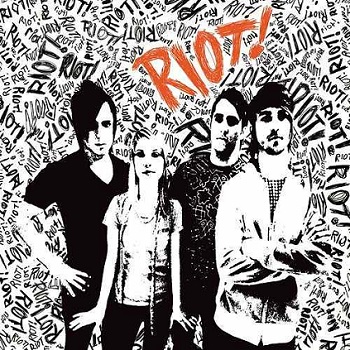 Before work began on the band's next album, Davis was expelled from the band due to "his lack of work ethic and participation in things that Zac, Hayley and I didn’t agree with," according to Josh Farro. After an agreement involving the remaining three members, Davis was reinstated as bassist, and Taylor York became the band's new guitarist. York had been in a band with the Farro brothers before the two met Williams.
The album, titled Riot!, was released on June 12, 2007, entering the Billboard 200 at number 20 and the UK charts at number 24. The album sold 44,000 units its first week in the United States. The name Riot! had been chosen because it meant "a sudden outburst of uncontrolled emotion", and it was a word that "summed it all up". The first single from the album, "Misery Business", was released on June 21, 2007.
Paramore was featured on the cover of February 2008 issue of Alternative Press magazine and voted "Best Band Of 2007" by the readers. The band was nominated for "Best New Artist" at the 50th Annual Grammy Awards presented on February 10, 2008 but lost to Amy Winehouse. Early 2008 saw Paramore touring the United Kingdom, supporting their album Riot!, along with New Found Glory, Kids in Glass Houses and Conditions.
The band released a live album named The Final Riot! on November 25, 2008. The album includes a bonus DVD with a full concert recorded in Chicago, as well as a behind the scenes documentary. As of April 9, 2009, The Final Riot! is certified gold in the United States. 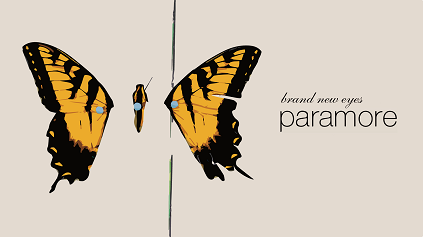 Paramore wrote and completed their third album Brand New Eyes in early 2009. The first single from the album was "Ignorance" and was released July 7, 2009. Paramore was the special guest with Bedouin Soundclash, The Sounds and Janelle Monáe at the No Doubt Summer Tour 2009, starting in May 2009 in outdoor amphitheaters and arenas across the US and Canada. The official music video for "Ignorance" aired on all MTV platforms, networks, and websites on August 13, 2009. Paramore, along with Paper Route and The Swellers, toured in support of Brand New Eyes in the fall of 2009. Some tour dates were postponed due to Hayley Williams becoming infected with laryngitis. "Brick By Boring Brick", "The Only Exception", "Careful" and "Playing God" were the album's following singles. To promote the album, the band recorded a performance for MTV Unplugged. 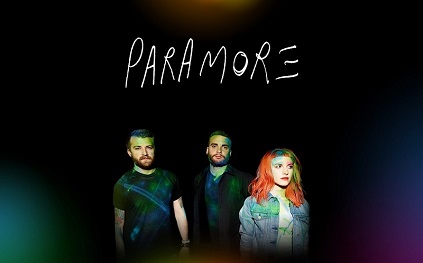 Paramore was officially released on April 5, 2013 and a #1 at US albums chart Billboard 200. The first single from the album, titled "Now", was released online on January 22, 2013, and the album's second single, "Still Into You", was released on March 14, 2013 achieving commercial success. The third single, "Daydreaming", was released on December 2, 2013. The album's fourth single, "Ain't It Fun", was released on February 4, 2014, eventually becoming the band's highest charting song in the United States and a winner for Best Rock Song at the 57th Annual Grammy Awards. 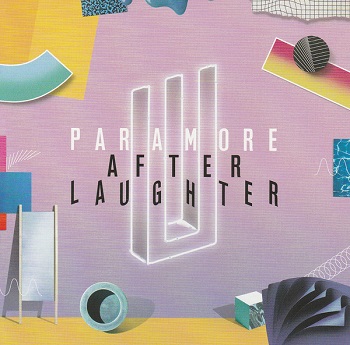